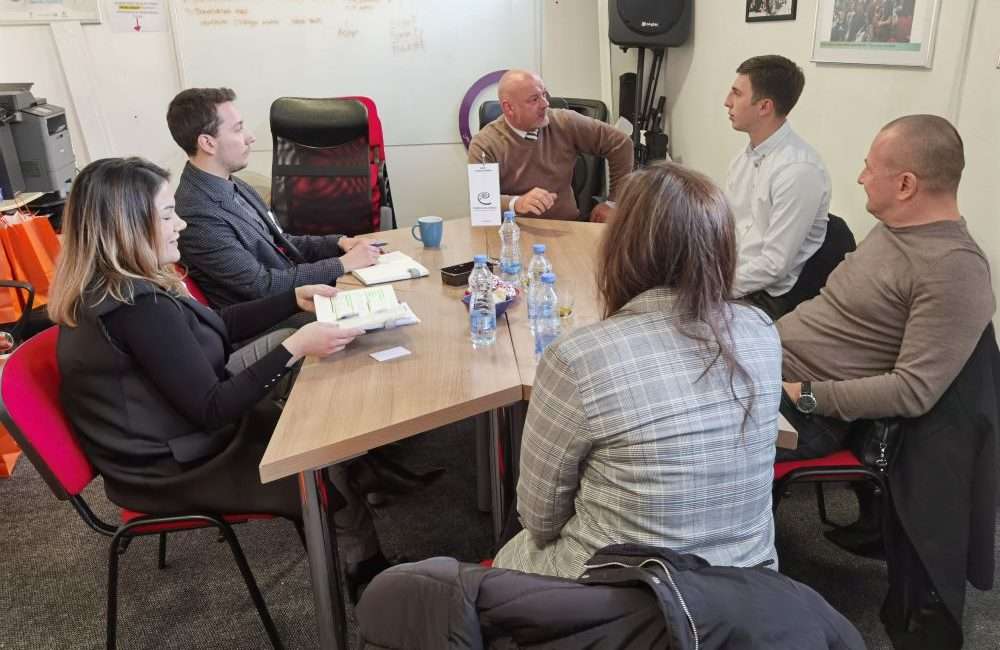 IN MORE THAN 10 CITIES IN THE BALKAN’S REGION – CAMPAIGN DEDICATED TO 16 DAYS OF ACTIVISM AGAINST GENDER-BASED VIOLENCE STARTED WITH A SERIES OF ACTIVITIES. NUMEROUS ACTIVITIES HELD ON NOVEMBER 24 AND 25 IN BANJA LUKA

More than 50 members of Be a Men Clubs from different cities throughout BiH came to Banjaluka, and through set of various performances/flash mobs, and numerous lectures during conference sent a message of zero tolerance to any kind of violence. In addition, 25th November was also marked with a symbolic walk in city and by lighting the walls of the Cultural Center “Banski dvor” in orange color.

These are just some of the activities that CARE International Balkans will join through its Young Men Initiative (YMI) program in the 16 Days of Activism Against Gender-Based Violence campaign, an annual international campaign that begins on November 25th and runs until December 10th. CARE Balkans, in cooperation with its partners from the region, has launched various campaigns and activities calling for the prevention and elimination of violence against women and girls and respect for human rights. The campaign will be happening in coordination with more than 10 cities in the region, including Belgrade, Mostar, Zenica, Banja Luka, Bijeljina, Brcko, Sarajevo, Pristina, Tirana, Tuzla, East Sarajevo and online.

For instance, following activities focusing on the prevention and elimination of gender-based violence and the promotion of human rights will be organized:

The campaign will also include specific activities and awareness-raising messages to mark the following days:

November 25: International Day for the Elimination of Violence against Women;

Institutionalization of life skills education, prevention of violence, promotion of gender equality and empowerment of young people to create positive changes and promote healthy lifestyles, are just some of the goals that CARE and partners will strive to achieve in the next three years in the region.

The program is supported by Austrian Development Agency Development Agency, through project “Future for You(th): Young people as Leaders of Life Skills Education in the Balkans”; Swiss Development Cooperation through project “Young Men Initiative (YMI): Promoting Healthier Lifestyles and Decrease of Interpersonal Violence among Youth in Bosnia and Herzegovina by Challenging Gender Stereotypes Phase III”; and Oak Foundation and CARE Germany for the project “Young People as Future Leaders for Promotion of Life Skills (YMI III)”.

More about the YMI program at: